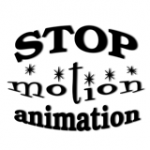 Stop Motion Animation is a type of animation that is captured with a camera one frame at a time, while physical objects are being moved between the frames.  These captured images are then played back rapidly, thus creating the illusion of movement.  Stop Motion gives movement to things that are not physically capable of movement on their own.  When stop motion animation is doing using clay, it is often called Claymation.

LEGO Brickfilm Tricks - all of these videos were designed by a teenage boy.  Nicely done and worth watching!

Wallace and Gromit: The Curse of the Were Rabbit
Pigeon Pilfer
Elephant Trap by Tiny Circus
Game Over by PES
Creativity - Stop Motion by Wayaba Filmmakers